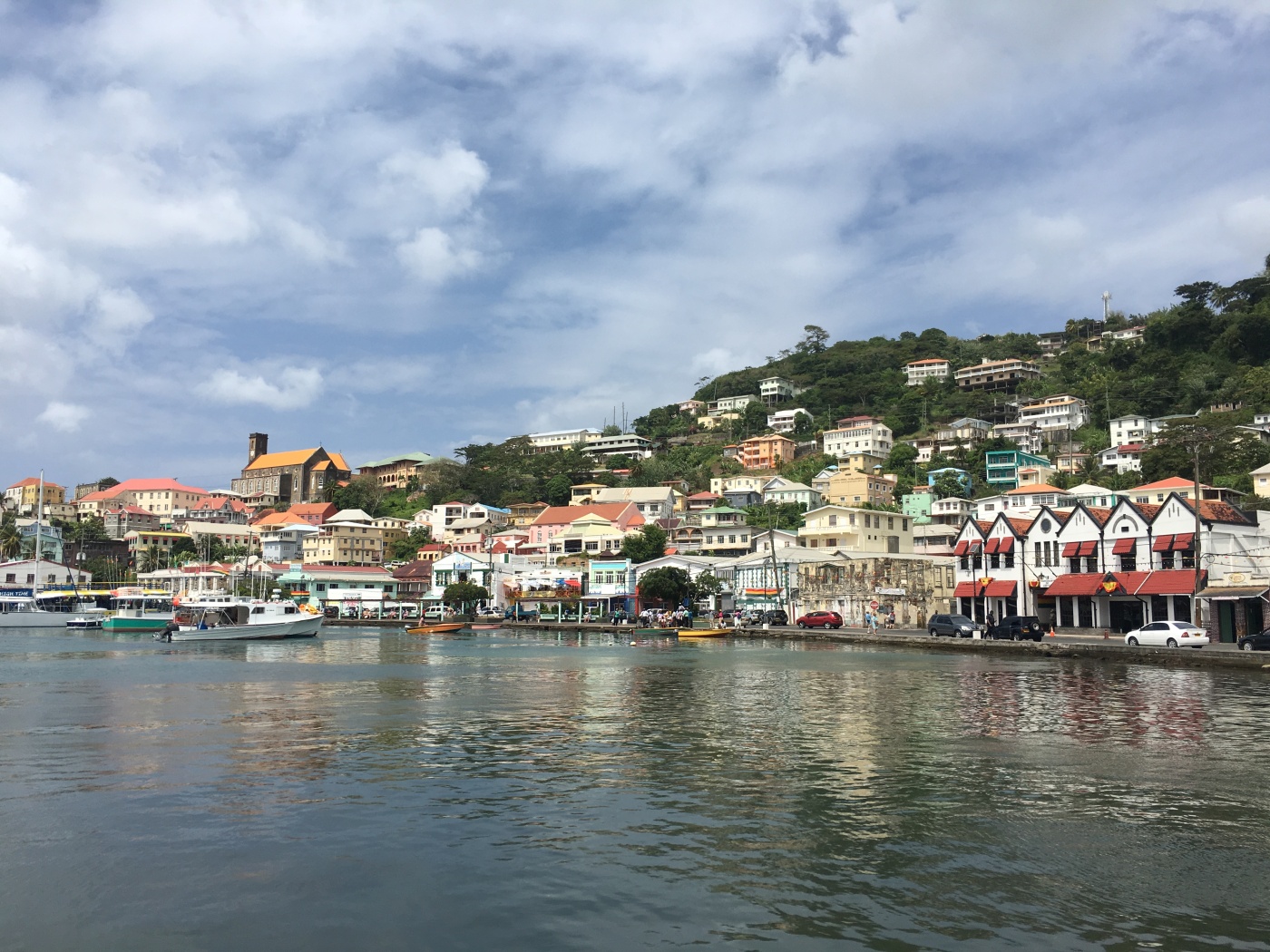 This article was originally published by UNDP

The Caribbean country of Grenada, known by many as ‘Spice Isle’ for its production of nutmeg, cloves and other exotic spices is now setting its sights on being known as a world leader for innovation in the ‘blue economy’. The ‘blue economy’ can be broadly understood as economic activity that is in balance with the long-term capacity of ocean and coastal ecosystems to support this activity and remain healthy and resilient.

Grenada is one of the world’s first countries to develop a vision for an economy based on ‘blue growth’. Its ocean space is 75 times larger than its land area. Beyond its 345 square kilometres of land territory, Grenada has 26,000 square kilometres of blue ocean space. Such a large space presents opportunities for the country to diversify its economy, and by applying a ‘blue economy’ approach, it ensures that ocean development expands economic output, creates jobs, reduces poverty and builds local skills while conserving the natural environment.

Grenada is the first country to initiate a national ‘masterplan’ for blue growth. It identifies opportunities for blue growth development in areas such as fisheries and aquaculture, blue biotechnology, renewable energy, research and innovation. The masterplan proposes a ‘Blue Innovation Institute’ as a key component of its strategy. The institute will aim to be a centre of excellence and a think tank on blue economy, as well as seek to develop innovative ‘blue’ financing instruments such as debt-for-nature swaps, blue bonds, blue insurance and blue impact investment schemes. It follows Grenada’s successful “Blue Week”in 2016, an event which brought together governments, international organizations, investors, civil society and other stakeholders in an effort to advance the blue growth agenda and promote investment in the blue economy.

The ‘Blue Grenada’ vision follows a difficult period for the country. In 2013, Grenada defaulted on its external debt which had climbed to over 112 percent of GDP. It was the country’s second debt default in just ten years (the first was in 2004 driven by the devastating social and economic impacts of Hurricane Ivan). At the peak of the debt crisis, debt service consumed 40 percent of revenues, leaving few resources for investments in key social sectors and essential infrastructure.  A period of protracted negotiations with creditors ensued as well as an economic adjustment programme which saw difficult limits imposed on public expenditures. UNDP supported national and international civil society organizations to engage in a national discussion over how the debt crisis should be resolved in ways that would protect all citizens, especially the poorest.

Debt relief was eventually secured from some creditors which helped to reduce public debt to more sustainable levels; the debt to GDP ratio now stands at approximately 85 percent of GDP. Grenada was also able to negotiate an innovative ‘hurricane clause’ with some creditors, which allows the country to defer debt repayments in the event of another major weather shock. A debt-for-nature swap is also currently under negotiation – facilitated by the Nature Conservancy – which will see some debt exchanged for investments in a marine protected area.

Despite this progress, Grenada remains vulnerable to external shocks and to climate change, is still heavily dependent on tourism, has high capital investment needs and must invest in local skills development and economic opportunities for its people. The damage wreaked by Hurricane Ivan in 2004 is still very much in evidence. Continued external support from development partners – both financial and technical – will be needed to support the country to deliver on its ‘Blue Grenada’ vision and to meet the Sustainable Development Goals (SDGs). Crucially, financial support must to be extended on a concessional basis due to continued debt vulnerabilities.

Development partners such as UNDP, the Food and Agriculture Organization, and the World Bank recently convened in Grenada to discuss international support for the country’s ‘blue growth’ vision. UNDP is supporting Grenada to identify new and innovative financing options, including developing the world’s first ‘blue’ social impact bond, and is looking at how aid providers can make their financing more ‘catalytic’ and responsive to national development priorities. UNDP is also providing technical support to leverage different sources of development finance, including climate finance.

In tandem with the consultations, a team of artists from the Pangeaseed Foundation were invited to paint a series of murals around the main island dedicated to ocean protection. The murals aim to connect local communities to ocean solutions through art and are illustrative of the country’s vision for a sustainable blue economy.

Though Grenada remains a small vulnerable economy with many development challenges – not least those associated with climate change – the country is keen to be seen not as a victim but as pioneer of a new ‘blue growth’ model founded on sustainability, innovation and agency. These will be the messages the country takes to the forthcoming Ocean Conference in June in New York this year. UNDP is proud to support them – and other countries – in this important journey.